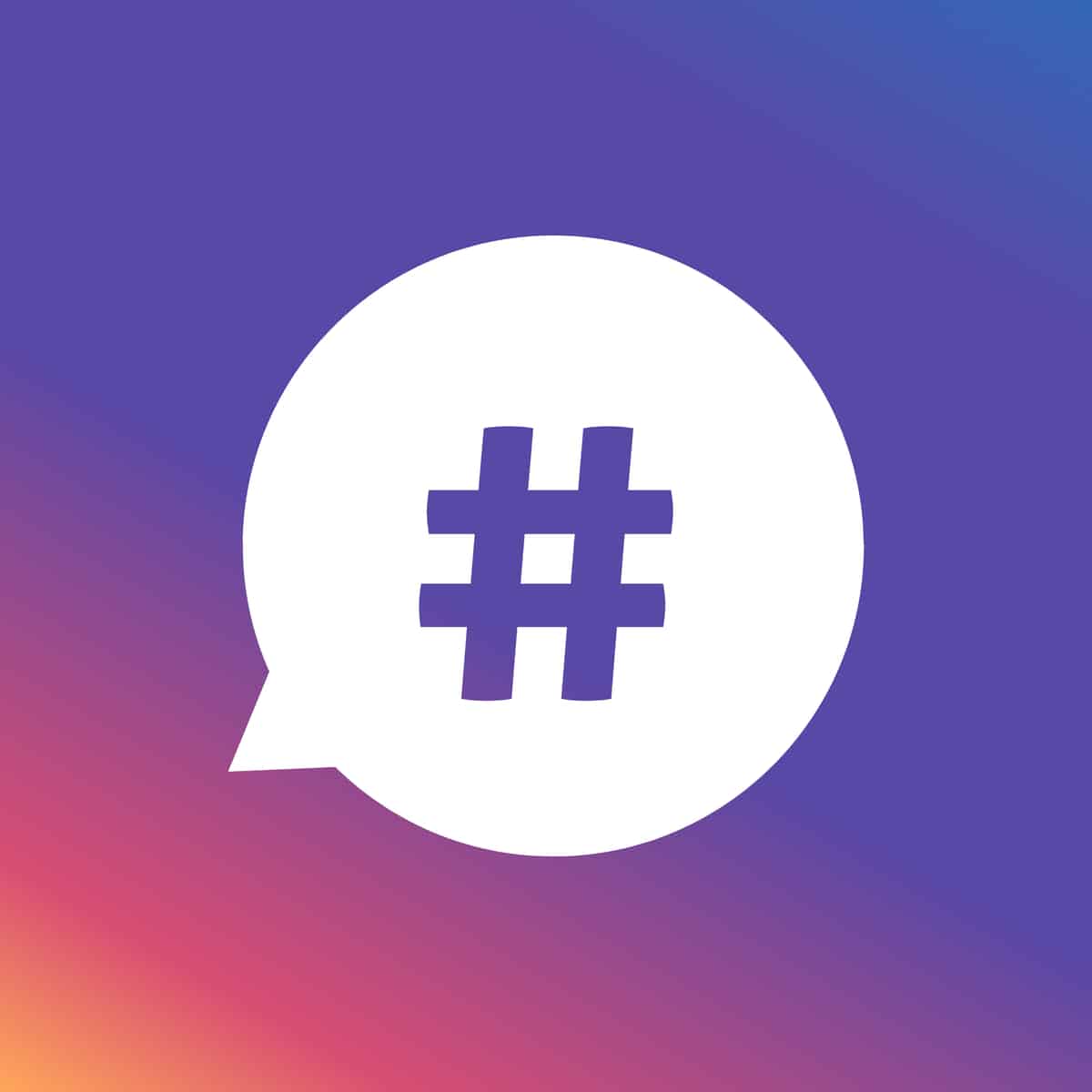 With over 3 billion people on social media and growing, it can be completely overwhelming and confusing to pick the right hashtags for your business. In order to be the most effective in your hashtag marketing objectives, it’s important to recognize what a hashtag actually is.

According to dictionary.com, a hashtag (on social media websites) is a word or phrase preceded by a hash mark (#), used within a message to identify a keyword or topic of interest and facilitate a search for it. The hashtag was first brought to Twitter on August 23, 2007, by Chris Messina.

Prior to that, the # symbol had been used in a wide variety of ways around the internet, which is what inspired Chris in formulating his detailed suggestion for using hashtags on the Twitter platform.

When you #something you place a digital tag on it that makes it searchable for later. It’s like adding that particular piece of content to an existing group (if that’s not a new hashtag and someone’s used it), or a new group (if that’s a hashtag no one has used before). Within that group, there is an order based on popularity. It’s called ranking. So for the people that # just about everything, all you’re doing is creating groups that no one may see. Unless, of course, your intention to is # something just to be trendy for your brand voice, which that’s cool too.

Should my business use hashtags?

100% yes. Why? Because of engagement. Instagram posts with at least one hashtag tend to receive 12.6% more engagement. That’s just with one. So you can imagine what kind of response this has on your campaigns when hashtags are leveraged effectively.

So what is the best way to find the right hashtags and make them count?

Well, that is kind of a loaded question. Lets first break up hashtags into three categories: Macro-hashtags, meso-hashtags, and micro-hashtags.

-Macro-hashtags are hashtags that have a high amount of users using them. We consider macro-hashtags to be any hashtag with over 1M posts, so think more generic popular hashtags like #food (339,840,804 posts at the time of this blog).

Level of difficulty to rank: Hardest to rank

-Meso-hashtags are hashtags that fall under 1M posts but above 100K posts. These are generally more specific than a general hashtag such as #medspa (636,058 posts at the time of this blog).

Level of difficulty to rank: Harder to rank

-Micro-hashtags are hashtags that have less than 100k posts and are typically more niche specific. These can even be new hashtags or hashtags specific to your branding.

Level of difficulty to rank: Easiest to rank

Now that you understand how we categorize hashtags let’s talk about how many of each to use.

While there’s a lot of different thoughts on this subject, currently Instagram allows up to 30. However, just because you can do something does not mean you should. Using 30 in every post can look spammy and by alternating hashtags, you can still rank in the categories you want to. Some marketers recommend using around 5 or 6. However, according to an analysis by TrackMaven, posts with 9 hashtags receive the most engagement.

We find that it’s important to test this out in your posts to see if you duplicate the same results because we have found it varies depending on your brand’s voice, content, and audience.

What we do recommend is being very mindful of the different ratios of hashtags you are using in your posts and taking into account the number of followers you have.

For instance, if you only have 100 followers and all of your hashtags are macro hashtags you are competing for ranking in a heavily oversaturated environment and your chance of being seen is minuscule.

So how do you split it up?

Simply put there’s no blanket answer. It depends on your following and your niche, and you have to do research. A good general rule of thumb is to keep the number of macro-hashtags you use to around or under 10%, your meso ones to around or under 30%, and your micro-hashtags making up the majority at around 60%. However, to really capitalize on the benefits of using a hashtag, you want to try to be specific.

A social media manager or owner has to decide on what specific hashtags they want to rank in that make the most sense for growth and brand voice. One easy way of finding hashtags you should rank in is by looking at your competitors that are doing well and seeing what they are ranking in. This can be done simply by visiting their page and clicking on popular posts of theirs. From there you can have a base of hashtags you want to rank in. We suggest creating a bank of at least 30 hashtags for you to use.

A cool thing that’s recently been added to on Instagram is the ability to follow those hashtags by searching for them on Instagram’s search bar and clicking follow. This is useful for several reasons, one you can see where you stand in that category, and two other users following those hashtags increase the chance of randomly seeing your content in their feed.

So now that you have some industry hashtags for your hashtag bank, we recommend adding a branding hashtag that describes your business.

This makes it easy for you and other people to find your posts when searching for them. You want this to be unique because you want it to act as a little portfolio of your posts. So be sure to try and use something other people and businesses won’t necessarily pollute if your business name or slogan isn’t unique. For our business we use #almostmagicalmarketing

The next thing we recommend is going with a location hashtag based on your location or the location you want to rank in.

These can be hashtags such as #TBT, #Mondaymotivation, #NYE, #NationalLlamaDay etc. You can get access to a list of all of our 2019 Instagram holidays by clicking here!

Last but not least, the rest of your hashtags should be related to the content you are actually posting.

For instance, a bakery in New Orleans that posted their best vanilla cupcake might #bestnolacupcake because well…that makes sense.

Overall we think the goal of using hashtags to be to rank higher, therefore getting more engagement and followers. When you rank higher your post appears on more screens, even those that don’t follow you, and I think we can all agree that’s a #goodthing.

Want us to help you identify what hashtags would be good for your business?

Schedule a FREE Social Media Audit with one of our Almost Magical Llamas to find out!